If you are visiting this site from a country that requires GDPR consent, please tick that you agree for us to collect visitor information via Google Analytics

We write, direct, produce and perform plays and theatre experiences at our venue epicentre. 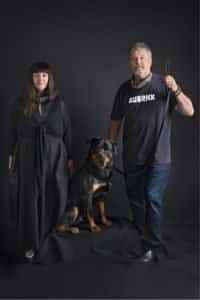 Venue epicentre is a small, intimate theatre seating up to 40 patrons, for theatre, performance, salons, soirees, workshops and film screenings

Meredith Fuller, a professional child & adolescent actor in the 1960’s & 70’s, has been privileged to work with actors including Norman Kaye, Anne Charleston, Patsy King, Joseph James, and Paul Karo; and for Directors including Irene Mitchell, Harold Lang, Jo Wallis, Helen Franklyn and Cy Holden.  On TV for Crawford productions, she also worked for photographers including Athol Shmith and John Cato.

Meredith trained at the National Theatre, and won a scholarship. She worked at St Martins and in television. She didn’t take up her teaching scholarship for Rusden; preferring to become a psychologist. While she spent a number of years in amateur theatre until her 20’s, she has spent the last 30 as a psychological media commentator | writer | panellist being herself for TV & radio in Australia (and the USA via Skype).

Her knack for predicting and influencing the trajectory of successful creative artists has seen her private practice as a vocational psychologist not only encourage talented creatives, but also assist them to develop additional career paths as later choice or circumstance may require.

Meredith has had extensive training in Psychodrama with George Calley, and body work with Stanislov Grof, amongst others.

‘Meredith’s the epitome of professionalism: talented, generous, motivating, humorous, a delight to work with.’

Our Actors, Directors, Producers, Authors, Screen & Playwrights, Psychologists, and Crew are committed to creating and enabling opportunities for emergent younger actors - and older actors who have come to acting as a later vocation, as well as obtaining practitioner wisdom and support from wise elder colleagues.

We’re passionate about psychological writing and directing interesting roles for older women and quasi retired actors. Similarly, for younger and older crew members; we aim to support and encourage newcomers.

Working on profit-share, we have an ensemble philosophy and volunteer our services for love of theatre and creative endeavours.

Please connect; you can LIKE/follow us on our FACEBOOK Pages :

The Wisdom
of Eve 2016 ‘International Stud’ by Harvey Firestein at the Butterfly Club

with Caitlin Berwick as the chanteuse

cast of The Wisdom of Eve

‘The Wisdom of Eve’

fasten your seatbelts; it’s going to be a bumpy night!